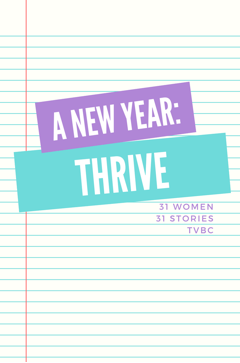 “The kingdom of heaven is like treasure, buried in a field, that a man found and reburied. Then in his joy he goes and sells everything he has and buys that field.”

Several times a year, my family embarks on a massive purge of stuff. This purge usually precedes birthdays and Christmas because we need to make room for the highly anticipated new gadgets. A few years ago, I gathered the kids together, passed out garbage sacks to everyone, and prepared myself for the occasional whine and complaint. To my surprise, my then 7 year old joyfully exclaimed how excited she was! She said she loved getting rid of things in order to make room for the new. A few hours later, I peeked in her very full bag of to-be-discarded items, and realized her excitement may have run away with her. Ironically, I had to convince her to keep a few sentimental items.

A few months later, I was reading the parable of hidden treasure in Matthew 13 and saw the simplicity of the principle through the eyes of a child. This parable indicates that when the man found the treasure, the kingdom of heaven, he realized its value was more than anything else he had. Selling his other possessions was not an act of sacrificial, obligatory obedience, but an act of joy. In fact, Romans 14:17 defines the kingdom of heaven as “righteousness, peace, and joy in the Holy Spirit.” The man’s former possessions were completely irrelevant in light of the beauty of this newly found treasure. In selling all in order to make room for the new, he clearly revealed what he treasured in his heart.

My house can quickly accumulate stuff, some of which might be considered valuable. In the same way, my heart tends to involuntarily hoard that which I treasure. And often times, that which I treasure would be considered by most to be beneficial and not destructive. But no gift God has given me compares to the value and worth of the kingdom of heaven, the rule of Christ in my life. Some seasons I do well with treasuring Christ above all else. Other seasons, a de-cluttering session is needed to purge that which I have begun to hold too closely. To lose these things is not a sad loss when I gain the kingdom of heaven in return.

This site uses Akismet to reduce spam. Learn how your comment data is processed.