I love listening to K-LOVE and hearing stories of how God speaks to people through song. Whether it be words of encouragement, an answer to prayer, direction in times of need, or affirmation, I find these stories an encouraging reminder of God’s love for us.
It also reminds me of times when I felt God speaking to me in unique ways.
Having been diagnosed with Poly Cystic Ovarian Syndrome (PCOS), I knew conceiving a child might prove difficult, if not impossible. Even so, I had not given it much thought.
For several years, including the first three years of marriage, I was working as a substitute teacher at an elementary school. I had dropped my class off for lunch and was walking back to my classroom, when I noticed a little girl walking beside me. She looked up at me and asked if I was Caitlin’s mom.  I said no, but she kept staring at me and walking right alongside me.  So I asked her if I looked like Caitlin’s mom, and she said yeah. We both went to our respective classrooms.
I finished the day, sent my students home, cleaned my classroom, wrote notes for the returning teacher, and signed out to go home myself. As I was walking to my car, I saw this same little girl playing at the flagpole. It is noteworthy to mention she probably should not have been there. All buses had left, car riders had been picked up, and those that walked home were likely home by now. But this little girl was playing unsupervised outside the school. As I walked by her, she once again engaged me in conversation. She said to me, “If you want a baby, you should ask God for a baby. That’s what my mom did. She asked God for a baby and He gave her one.” Taken aback I responded, “Well, maybe I will do that.” With an excited matter-of-fact tone, she said, “When you get home. Yes, that is it! When you get home ask God to give you a baby. And He will!”
That day I did not ask God for a baby, I thanked Him for giving me a baby. I thanked Him for the child I had not yet conceived. I knew that He had sent this little girl to tell me a prayer I had not even prayed had already been answered. How amazing is our God that He takes the time to meet our needs, sometimes even before we ask? He meets us where we are and comforts us, encourages us, and reminds us He is in control. His timing is perfect.
Fast forward about six months and I found myself at a fertility doctor, trying to have a baby. I was praying for that child!  I was also wearing a prayer bracelet with one charm attached. The charm was a small silver box that opened to hold a hand-written prayer. I had typed my prayer on the computer using a teeny tiny font. I printed it, cut it out, and carefully rolled it up into a tiny scroll before placing it in my bracelet. I wore this piece of jewelry everyday, taking it off at night and putting it back on in the morning. I prayed through that prayer throughout the days for about six months.
One evening I was getting ready for bed and I pulled back the blankets to find this little rolled up piece of paper. “That looks like my prayer,” I thought. I unrolled it to find it was in fact the prayer that was suppose to be in my charm. I must have slept in my bracelet that night and somehow, my prayer fell out of my bracelet. This might not have seemed strange except that the box on this bracelet was not easy to open. I often had to use my thumb nail to forcibly flick the latch open. So while I was sleeping, this hard to open bracelet “accidentally” opened, my prayer fell out, and the box re-latched itself.
Once again, God had spoken to me in a unique and personal way, not through a child, but through a piece of jewelry. I knew at that moment God was telling me, “This prayer has been answered.” I put that little piece of paper in my jewelry box and said another prayer, asking for a healthy, happy baby. I was in fact pregnant!
Before, it was ever confirmed by a doctor, my Heavenly Father comforted and reassured me that my prayers had been heard.
How amazing is our God that when we pray He always hears us!
How amazing that the creator of the universe takes the time to speak to us!
Be encouraged. He hears your prayers, He listens, and He always answers them…in His perfect timing and in His perfect way.
Lynda Martinson 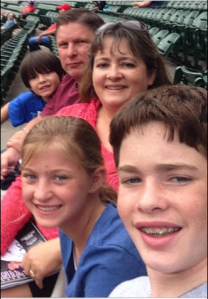 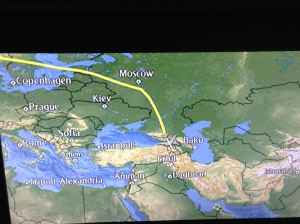 A year ago this week I was traveling to South Africa by myself to visit some dear friends and learn about their project overseas. This was my first overseas trip in a decade and I was going it alone. My family and I were somewhat apprehensive as the departing day grew closer. I had been briefed concerning what to say, who not to talk to, etc.

Departure at the airport was bittersweet as my brother dropped me off. I had this moment where I stood still, surveyed the horizon, and determined to dive into the adventure. I was quite proud of my adventurous spirit. The boarding process was smooth as I found my seat and settled in for the first 12-hour flight.

About halfway through the flight I rose from my seat and headed to the restroom. As I walked the isle, I noticed an older gentleman of foreign nationality watching me a little too closely. As I returned to my seat, he stood in the isle blocking my way, and clearly intended to talk. Through his thick accent he asked my name, where I was from, where I was going, and why. Red alarms went off inside my head. Such questions were ones I had been prompted to avoid. I certainly was not providing my destination point and my reasons for travel. I feigned unable to understand his questions, and quickly found the comfort of my seat.

Unfortunately on such a long flight, restroom trips become more frequent as the trip continued. During several other passes to the restroom, the same gentleman attempted conversation. By his last attempt, I was sure he thought me to be quite rude as I was not at all willing to continue any conversation at length. The cold shoulder…I was giving it my best shot.

As my backpack went through the security belt, I was horrified to see and hear red lights and alarms. I cannot quite describe the immediate panic. I had tediously followed the rules precisely because I did not want to be searched in a foreign country while traveling alone! I had memorized my flight itinerary, and subsequently knew I had only 45 minutes before boarding ended for my next flight. The security attendant grabbed my backpack and walked to a corner private room with dark windows. Another security guard asked me to sit down on a bench underneath those large looming windows facing the tarmac, and wait. Wait to see if I would pass security.

As the minutes ticked by, I watched my backpack sit isolated on a table in the darkroom, with no one touching it. I myself sat on the designated bench frozen in fear as I watched the remaining 50 or so passengers pass through security and leave the area for their terminal. After what felt like hours (25 minutes), two attendants entered the dark room and began removing every item from my backpack, piece by piece. They examined each article, swiped each with a wet cloth, and ultimately emptied my belongings onto the table. When nothing was left to remove, the security guards began packing my items back into my bag, zipped it up, and headed my direction. By this time, no passengers remained in the entire security area. I was completely alone.

Without any drama, an attendant handed my backpack over and nonchalantly said thank you as dismissal. I chose not to ask why my backpack had been flagged, but kindly thanked them and made a bee-line for the exit. As I turned the corner for the escalators, two men had evidently been sitting on a bench hidden from site by a partition. As we saw one another, they stood and waited for me. As I neared the men, I was shocked and scared to identify one of the men as the one whom was relentless in his conversation attempts on the plane. He immediately put both of his hands up in front of his chest, as to say no harm here.

I am sure my face was a mixture of apprehension and concern. He removed a business card from his coat and offered it to me as he began talking. He introduced himself as a pastor and his friend as a bishop in a neighboring country. They themselves had met on the plane and realized their commonality under Christ. Then he said something I will never forget. This man claimed when he saw me on the plane, the Spirit spoke to him and said to watch over me. He chuckled as he commented on my coldness on the plane, assuring me I had no need to fear because God told him I was a fellow believer. He beamed. To provide even further assurances, he noted my elusiveness was understandable. The other gentleman finally spoke in broken English, and asked me if I was ok. When neither man saw me come through the checkpoint, they both decided to wait and if necessary, claimed they would have inquired of my whereabouts.

I was stunned, humbled, and overwhelmed by God’s presence in that moment. As a believer for almost thirty years, I know God is always with me. But to have it fleshed out in such an obvious tangible way was almost too much to soak up and fathom. I finally confessed I was a believer and divulged where I was headed. For one of the first times in my life, I wondered if I had just experienced the presence of angels unaware (Hebrews 13:4). Since both men were headed to a different part of Africa, we were not on the same connecting flight. I humbly thanked them for their watch care and headed for my terminal.

Thankfully I made my connecting flight and the rest of the week in South Africa was a trip never to forget. The circumstances surrounding that trip and the difficulties I went through personally to commit to go were considered trivial after that experience with the two men in that airport. God’s presence is always with us and I am grateful for the times He chooses to show us in ways we can never forget. Lord I believe, help my unbelief (Mark 9:24). 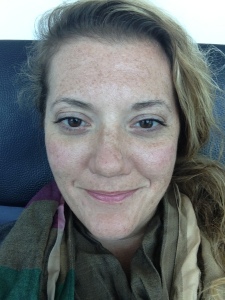 A picture I sent my family in Dubai as proof I was making it! I chose not to share the ordeal until safely in Johannesburg. 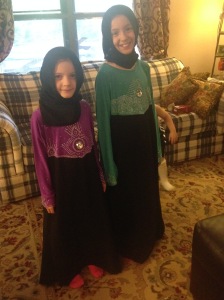 We studied Islam after the trip and so I brought them a special souvenir to fit the occasion. 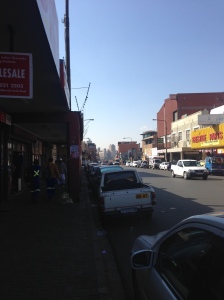 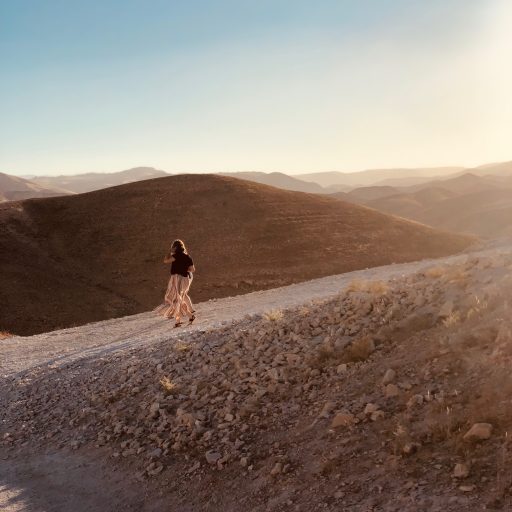 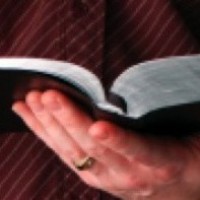 The leading Christian magazine in the United Kingdom, helping you connect with God, Culture and Life